Colourful characters adorn our family tree!  - the chapters for the family history story for our grandchildren On my Dad's side, Cec...

Impact of a Diary

It was a rainy day in March 2012. I was sorting the memorabilia from my late sister’s estate when I found her 1944 diary. The Universal Diary for 1944 was a tiny journal containing moments of her life as a young trainee nurse in London. I wish I had known of it before she died, I would have asked many questions. Pam and I had a close bond as the eldest and youngest of a large family of six children. She was always delighted when I came to visit her in her one bedroom flat in Emerald, Victoria … and she did try not to smoke when I was in her house. We would talk of times gone by and she would show me her photo albums and recount the days of her youth, but never anything about 1944. I wonder now if that year was too painful for her to recall. She was happy to show me her albums of family, friends and holidays. I have kept some of these for my archives. Among the archives was her birth certificate. I noticed that our Dad was listed as a Chauffeur – something I did not know. Pamela Marie was born on the 9th March 1927 in Kingston, UK. 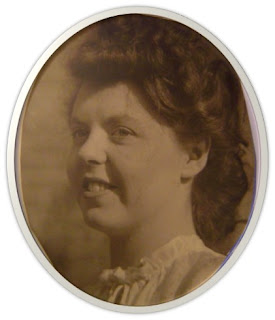 Being the eldest Pamela was often called upon by our mum Winnie to care for the rest of the tribe. By the time Pam was fourteen, there were 4 other children including John, Patricia and twins Michael and Brian. I did not arrive on the scene until 1945. Pam’s memories stored in poster books and diaries has piqued my interest in this feisty lady for many years. In one scrap book was her certification of Registered Nurse – a profession she continued after migrating to Australia in 1949. In her later years she became a Palliative Care nurse. Pam was very proud of her training and kept her medals in a small trinket box that was also among her favourite possessions. Each one of these small pieces of metal had special meaning for her. I keep them still. In one of her scrapbooks she kept small calendars of life in Surrey where we lived as a family after the war. Pam would spend hours with a pot of glue and her favourite poster books to fill in the minutiae of her life.
Back to the diary!
Pam's life revolves around her work her studies and her many boyfriends. First we hear about John, then Alan, then Pat, then finally Doug. Doug was one of the three soldiers from the Welsh Guards who started up a conversation with Pam and her friend Frances, on the grass outside the dance hall. According to the diary note on Sat 5 July, Frances was trying to fight her for Doug's attention. "But I needn't have bothered. He loved me from the first day he met me"! July to September is a whirlwind romance between Pam and Doug. 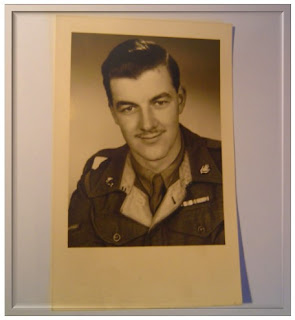 Diary Notes:
Mon 7 Aug, I love him so very, very much. Nothing can equal the feeling I have for him.
Sun 13 Aug, Doug held my hand.
Wed 16 Aug, Doug put his arm around me and we had our first kiss.
Aug 21-27, Doug showed me how to do a certain kiss (It was a bit horrible). But he said:'Why didn't you stop if you didn't like it?' I said, 'Because I love you so much. I do I do so very much.' And he said, 'I love you very much.' Oh joy, my happiness was complete.
We caught the last train home and we kissed again and again.
28 Aug, Dad came home!!!! He wanted me to pack some things and come back to Wales with him. Of course I can't. Still saw Doug (I love him). He gave me a really big kiss 'to last for two weeks', he said. He will ring me on Monday.
We might get married after the war.
Later in the diary Pam expresses her dismay at not ever hearing from Douglas Humphreys again. Memoranda
Douglas Humphreys, Welsh Guard (my heart is broken, I just can't bear it, Over Douglas)

A search for details of Douglas Humphreys of the Welsh Guards at Ancestry provides this poignant post script for the brief love affair he had with Pamela:

I wish I had known about the diary when Pam was still alive. And I wish I had been able to complete this vital piece of research and ease her troubled heart. I would have been able to tell her, before she died, that her first love had died during the war and had probably not been able to say where he was being posted. Pam kept her diaries, letters, scrapbooks and meticulous lists of everything, all her life until her death on 27th January 2012 – she had lived for 84 years and was deserving of an OBE – ‘over bloody eighty’.
My latest digital story 'Diary of a Nurse' is about the impact of that Diary.

Please leave your reflections of my posts here in the spirit of sharing family history.

This blog is listed with